Fiji – Eighteen year old Slade Prestwich from Durban has just won the Volcom VQS Global Finals held in perfect 4-5 foot surf at Fiji’s infamous Cloudbreak surf spot. The global finals consisted of 9 surfers that had all qualified from 9 various countries including USA, Australia, Brazil, France, Japan, Peru, New Zealand, Puerto Rica and South Africa. The powerful regular-footer used big turns and precision barrel riding to get past runner up Deivid Silva from Brazil. He pocketed a valuable US$10, 000 for his win and thanked his friends back home, sponsors and Volcom for the great event. 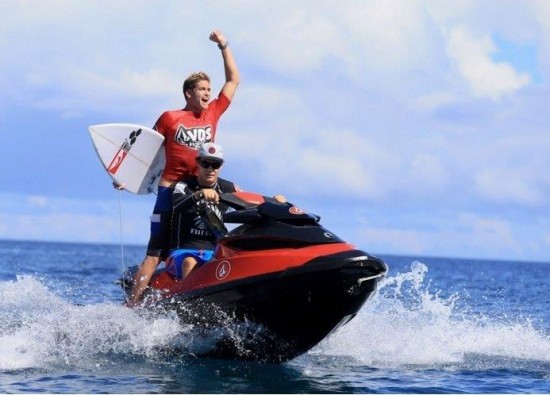 Prestwich was awarded the prize to go compete in the finals in Fiji after convincingly winning the qualifying event in Durban just a few weeks ago. He made the decision to make the trip to South America to compete in two World Qualifying events but has set his sights on the 2014 tour. Sponsors Quiksilver have supported Prestwich’s career since he was 12 years old and are very proud of his achievements, “Slade has really raised the bar over the last few months, he has a huge amount of talent and his training and dedication is really starting to pay off, ” said Dane Patterson, head of Marketing at Quiksilver.

Prestwich will be spending another 12 days in Fiji watching the elite Volcom Fiji Pro supporting fellow Durbanites Travis Logie and Jordy Smith in the elite World Tour event, he will then be home briefly before heading for California to compete in the Vans Pro Junior at Huntington beach.